In honor of . . . names will be withheld to protect ossified minds and outlooks.

There are two kinds of people I seem to encounter regularly, especially once I’ve returned to the western world, and particularly in America. Neither their numbers nor their percentage of the population are large but their POV is curiously similar . . . and lost. 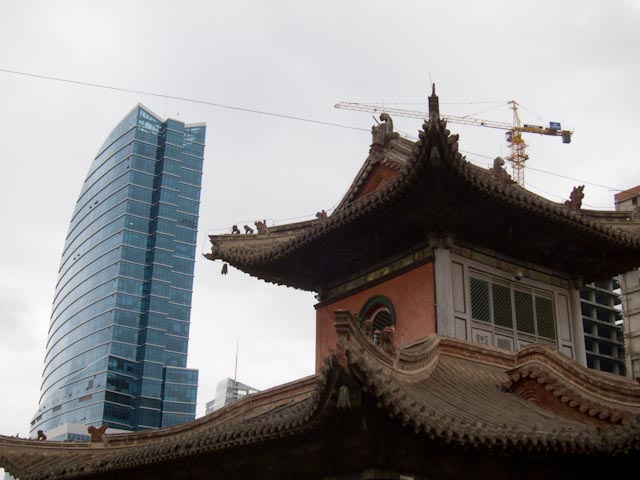 The other experienced a part of the world some time in the past and references that encounter as though not only is change unlikely, it’s impossible. “You know in France (in 1956) . . .” Hilarious and sad at once.

Why do I mention this ? Because both views seem decidedly un-American to me, in historical terms. Not in a moral or ethical sense but from the point of view of what America, and other people/nations/institutions, have also represented before, now and in the future. Not the opportunity but the requirement for change.

I’ve just motorcycled across a fair bit of the globe. In many of those places there was for a very long time a sense of “this is the way it was, the way it is, and the way it shall be”. This point of view allowed ancient and advanced civilizations to wither. And for some upstart, eg America, to go racing past. (Not in all ways, mind you.)

For instance, consider the fact that China represents 5,000 years of civilization and America perhaps 235 years. The Chinese were accounting for every grain of rice 4,000 years ago and invented the compass, silk cultivation, paper and gun powder. From 3,000 years ago until at least 1850 the life that the denizens of earth lived changed very little, rich or poor. A lack of medicine, technology, agricultural methods, transportation, etc improved very slowly. The transition from the Bronze Age to the Iron Age may look substantial in historical terms and to someone who lived at the threshold but to a kid moving from an iPhone 2 to an iPhone 4, nevermind from pre-Internet to today, it’s insignificant.

Most of the change that’s come to people’s lives, directly or indirectly, since 1850 has originated in North America. So that young “whipper snapper” has somehow, in spite of (or because of . . . ) a lack of cultural inertia, changed fast and changed the world. Gauged along this analysis axis America looks very “old” or significant.

The point is not that America is or isn’t important. The point is that holding out for a return to the past or a world view that’s frozen in time is . . . decidedly un-American. And perhaps even a bit sad. It’s hard to address the issues of today or the future with a perspective that uses the past as the solution-space. And it’s hard to be optimistic if you believe people and larger humanity can’t change. But look around – they have, they do, they will.

Part II will be largely about a ride in Siberia of at least 8,000km/5000miles. Depending upon time, weather, the global economy, etc a re-visit or longer stay in some places encountered in Part I. But there’s no way it’ll be as varied or interesting as Part I. How can it be ? The number of cultures, historical structures, historical paths, etc encountered in Part I, it seems, has no peer. So please lower expectations. It can be difficult making the “frozen tundra” fascinating and certainly if it is, it might be because it was a bit too dramatic for yours truly. (Go ahead, imagine an encounter with a Siberian Tiger or the Siberian cousin of a grizzly – only “small” by grizzly standards and definitely consumers of man-flesh.)

The site will be updated with proposed maps, a bit of riding video and some gear updates. Some things worked out, some . . . didn’t.

Gear Recs:
Canon S90 camera: Amazingly compact, provides full manual control, permits a polarizing filter to be used, and shoots in RAW mode, too. Upgrading to an S100 with the new Canon CMOS sensor.
Exo2: Their heated vest provided great peace of mind and tremendous comfort. I want to add their gloves !
3BR Powersports: The one thing that couldn’t fail other than the KTM was the power to the GPS. It didn’t.
Tubliss: I hate tubes. And the technology is primitive. My Tubliss tires lasted longer than “normal” and ran alot cooler.