Well, it always could end up being a trip shortened by . . . something I can’t fix or source a replacement part/function.

Sorry, but this will be another installment of “how wonderful are the Uzbeks . . . they’re pretty wonderful”.

And for context, let me add that a regular experience of this country’s irregular internet access is . . . censoring. Yep, even a search on Google Maps is often stymied and one is forwarded to . . . MSN.com. In fact a major resource for KTM ADV information the KTM_HOW (KTM Hall of Wisdom) is inaccessible from within Uzbekistan. I do know where the central building is . . . but even better I’ve started showing locals how to bypass the “cloak”. Even real police states are generally clueless but these guys are really amateurs. 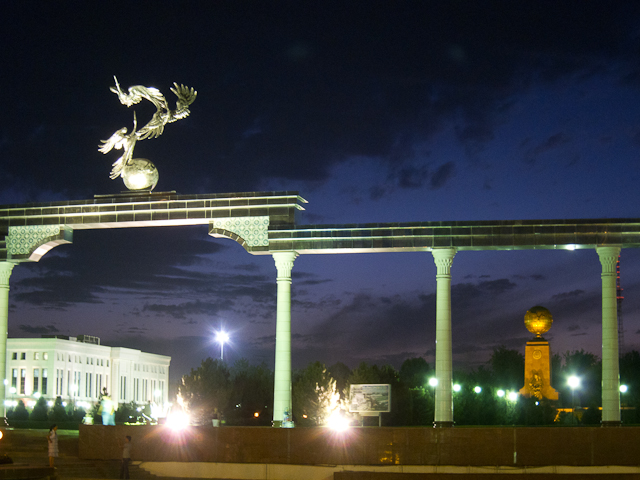 But even available internet resources can be quite restricted. For instance, the HUBB is often VERY slow . . . and I remembered a potential source in Tashkent mentioned there for help and maybe a . . . battery. The Glorious Maximum Leader apparently has a great dislike for motorbikes. And so the available supply of basic parts and mechanics is nearly zero. It is very strange to be in Asia and see so few motorbikes or scooters.

However, the “contact” on the HUBB, Rustam (Muratov Rustam), whose English was attributed as “non-existent” was called by my hotel. There were some general questions and . . . he suggested a “house call”.

Long story short, this guy shows up with a big grin and typical Uzbek handshake. And a multimeter. And tools. And a clear sense of a diagnosis path. He even has a load tester for the old battery ! An examination of the the starter relay, switch, contacts, etc reveals . . . no obvious issues (the contacts were “as new” or “immaculate” and all were tight.) But when he saw my Chinese clone of a Russian battery (yes, it’s been confirmed that the Chinese ARE cloning poorly-constructed, old-technology, Russian batteries. The next superpower . . . how can America compete in this market ?) he laughed. “This battery is maybe 3Ah, maybe less. Can power small toy if toy does not have to carry it.” I think he accepted it from me because he’s polite not because he believed my insistence that it could be used for anything of value. 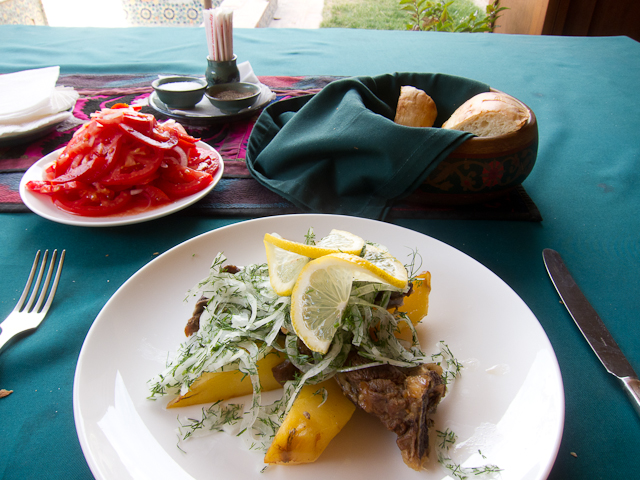 So he sourced a battery – a made in Japan Yuasa which fit in the OEM compartment perfectly. It’s not quite as strong as the original but . . . I’m at least several thousand miles and several international borders and some nasty customs and crazy shipping fees away from “perfect”. (Remember, a lifetime – or even very good – warranty is worthless in . . . the middle of nowhere.)

The other task to be completed in Tashkent was the new Kazakh Visa. It wasn’t the scrum that the KZ/UZ border was but it was pretty crazy. I arrived 5 minutes before opening figuring that given the time of year, etc there’d be no one there. Well, there was only ONE other westerner, an English businessman who lives in UZ. There were two other tourists – both Japanese. One of them I’d seen at the Korean restaurant the first nite. And there were about 300 Uzbek babushki and a few Tajik men who clearly live in UZ.

The Embassy did not open until 9:18. There was alot of shouting to get in and not a few protests when I was waved through. It seemed that many of the applicants did not understand that without a Passport or an Letter of Invitation they could not actually apply. Apparently many were “repeat offenders”. Once you entered the air-conditioned outer-inner sanctum a corpulent young Kazakh woman greeted you with a sweet smile or splashed you with Kazakh invective with a scowl. That woman could switch from Jekyll to Hyde in a blink of an eye.

So perhaps because Uzbek police controlled entrance to the Kazakh Embassy I benefited in some way from being a privileged person within a police state. It might not be the only time . . . On the drive to Tashkent which was about 200 miles and largely uneventful except for my needing to stop the bike ONLY when there was a hill suitable for starting it . . . I came to about the 11th of 13 checkpoints (200 miles !), and decided to “check” electric starter functionality. When I hit the button the bike died and it was rolling too slowly to roll start. Damn it ! So the Uzbek cop comes out and, first, shakes my hand. “What’s wrong ?”, he says. I point to the starter button, say “finished, nyet harasho”, and make a pushing motion . . . he simply points to a blue-collar citizen and tells him to push me. The guy RUNS over and . . . does what he’s told. He wasn’t too thrilled with me when it took three goes. 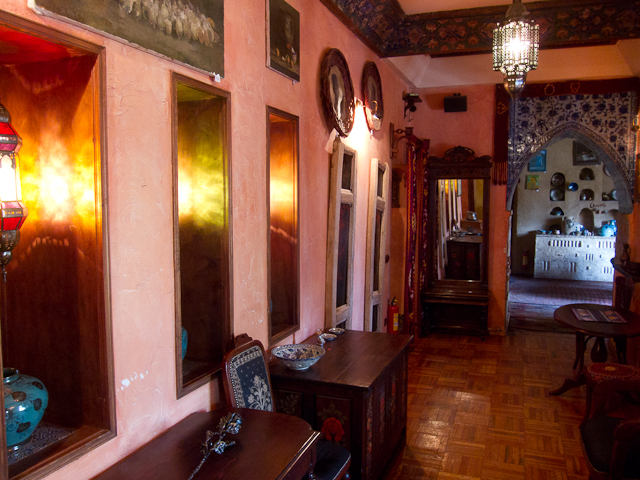 Let it be noted that given a CHOICE of international foods when I arrived in Tashkent I chose KOREAN. Korean food is a one-note, (not one-hit) wonder. It can be enjoyed thoroughly, though in short doses. I will admit that on a recent visit to Seoul I actually felt compelled to look for “something else” to eat after 4 days. (I’d be embarrassed but I ate Indian for 6 years in India, 3 times a day, with a bit of boredom but not … compulsion to eat something else. Even in Nepal, where the cuisine is reason NOT to visit, I never wilted, eating dahl bhaat – incredibly bland dal and rice with stones (!) – at one stretch 18 straight days, twice a day.) It must also be recorded that since I couldn’t DRIVE the KTM around I was limited to walking and . . . a Korean place was only about a kilometer away. It was either that or a Russian grocery – which was shockingly expensive. Or Uzbek pizza – food roulette. You get the picture. 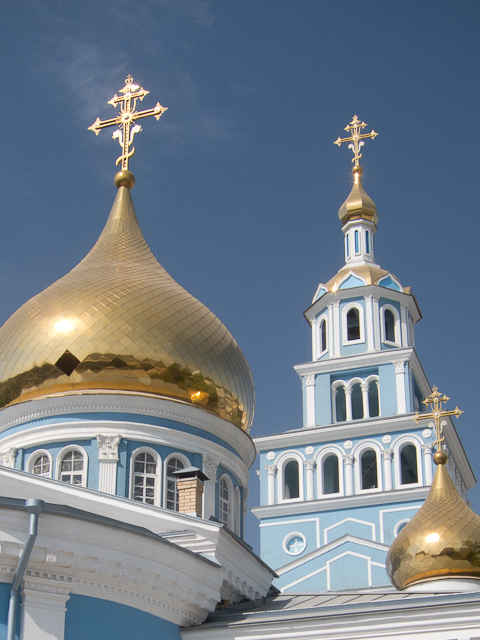 Last of the golden onion domes . . . it's Islam or Buddhism the rest of the way

Three updates:
a) I don’t know how or why but you’ve all made this thing actually register on Google search in spite of my best effort(s). Thanks, I think !
b) As I prepare to depart for the Pamirs and Afghanistan (Hindu Kush) internet access will fall drastically over the next 2-3 weeks once I . . . so, if there are updates, they’re likely to be VERY short and image free. Sorry. This monster, which has required ever more feeding will now have to go on a protracted diet.
c) Tomorrow will mark 10,000km since departing Frankfurt. The bike has been excellent. I’ve ended the bike’s radiator cap leak by cleaning up the sludge under the spring seal. It hasn’t burned a drop of oil. The chain has been adjusted once. It has required fuel. 🙂

This entry was posted in Uncategorized. Bookmark the permalink.

One Response to Power anxiety . . .